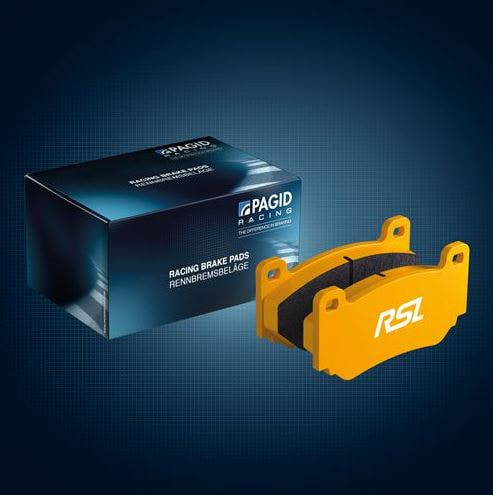 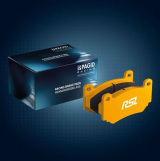 RSL1 is best used as a front brake pad in GT cars, Touring cars and on Prototypes in endurance racing. Due to the high friction and good modulation, often used in sprint races as well. RSL 1 has an impressive tally of victories in the toughest Endurance races, including Le Mans, Daytona, Nürburgring, Sebring, Spa and others.

RSL 1 is a low metallic resin bonded material containing steel and aramid fibers with high heat resistance. It maintains a constant friction level over a wide range of temperatures. Its low wear rate and disc friendliness make this material appropriate for endurance races.

RS 29 is a legend in Endurance Racing, and has an unmatched history of success since its introduction as RS29. It remains very popular in club racing and track days. In addition, it is still found on GT, Touring cars, and Prototypes, and still enjoys a reputation as a great all-around friction material for endurance racing. Due to excellent modulation characteristics also often used in sprint races.

RS 29 features very good modulation and release characteristics. It is a low metallic resin bonded material containing steel and aramid fibers. The friction level of the material maintains constant at a low-medium level. Another advantage is the easy bedding in behavior.

Pagid RST3 is intended as a medium-high friction compound for use in Tarmac and Gravel Rally, GT, Touring, and Prototype circuit racing cars. It also excels on Formula cars and in club racing and a wide range of applications due to its combination of bite, friction and controllability. The release characteristic of RST 3 makes it ideal for use with ABS systems.

RST 3 is a metal-ceramic compound containing steel fibers and is therefore the perfect complement of the RST product family. It captivates by its low heat conductivity.