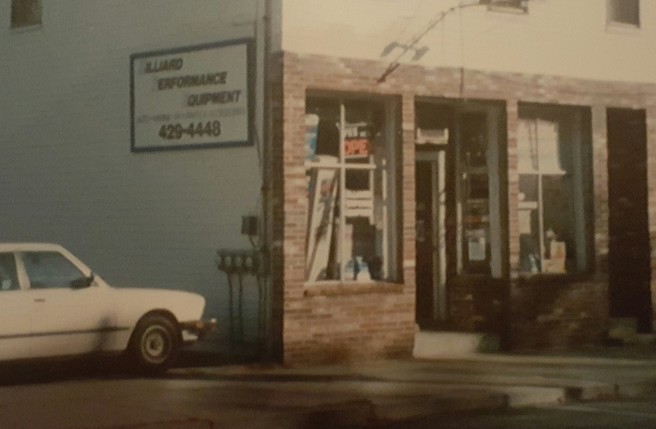 Where we got our start in 1993 as Hilliard Performance Equipment
Optimum Performance began in 1998 as direct marketer of Aftermarket Performance Products with a simple philosophy of being the “Service and Value Leader in Performance Parts”.

The founder, Tim Hilliard got his start in the business in 1993 working with his Brother Pat who operated Hilliard Performance Equipment out of a small retail space in the quiet little town of Holliston, Massachusetts. The two brothers quickly found that to be competitive they needed to approach the business much differently than the conventional “Speed Shops” in the area that were falling by the wayside.

The aftermarket industry was in flux the early 1990’s, struggling to control costs many of the major manufacturers were facing tough times, and to survive they were absorbed by competitors or simply went out of business. The Hot Rod-Muscle car market, while still thriving was in decline as the import and late model markets continued to expand.

The brothers began to focus on the factory hot rods coming from Ford Motor Company as their market niche. The Taurus SHO, Mustang 5.0 and Lightning Pickup. It was quickly discovered that products were being designed and manufactured by a new breed of companies, mainly small start-ups using modern design and manufacturing technology borrowed from another industry in decline; the Aerospace industry.

These newer companies did not have an ability to supply the large Warehouse Distributors with product so they reached out directly to Shops to distribute product. Hilliard Performance quickly became a source for products previously not available in the area. This also opened up the opportunity to sell to other Speed Shops, Machine Shops and Engine Builders. Hilliard Performance began to realize with the bulk of their business becoming wholesale and mail order having a retail space did not make sense.

During 1997 as they were deciding what the next move would be, Pat decided to pursue other interests and Tim began formulating a plan which became Optimum Performance as a strictly wholesale and direct mail order “Speed Shop”.

Tim and his Wife Kelly, lifelong New England residents, grew tired of the 120+ inch snowfalls and relocated to Florida at the end of 2015 just outside of Cocoa Beach.

Optimum Performance, while still offering all brands of replacement and performance products for all makes and models has recently focused on the development of products for the redesigned 2015+ Ford Mustang. We ordered our 2015 Mustang GT when the order banks opened in May of 2014, took delivery in December and have been using it to test all the products we offer since. We attend several local Track Days a year because we find it is a great environment to test products under extreme conditions…and this car is a blast to drive on a roadcourse.