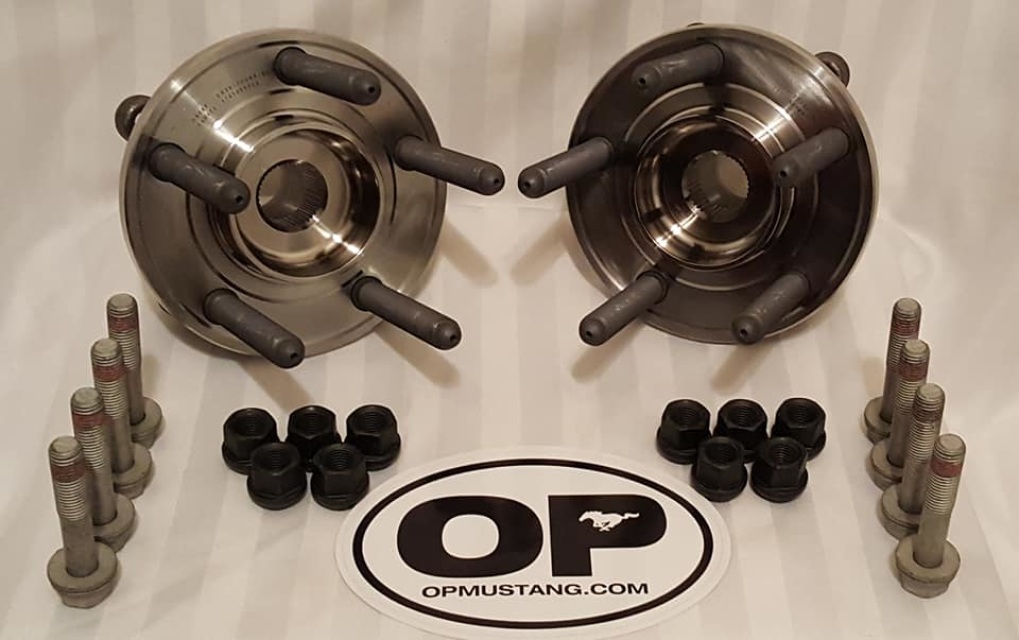 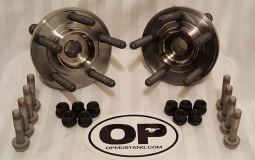 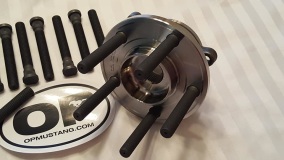 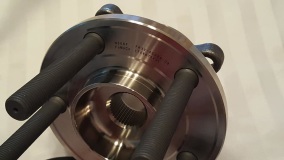 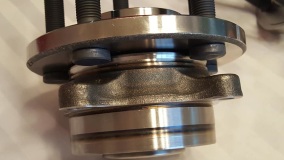 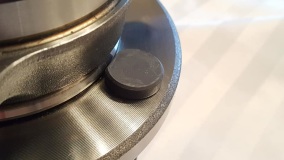 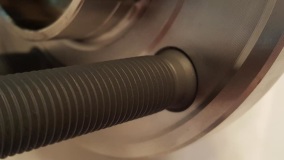 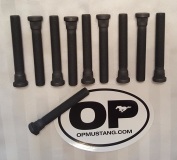 ***Now Available in a Mid-Length Stud***

About the Bullet Option - RSPECB Stud:

A new take on our R Spec wheel studs. These are the same specifications as our direct fit Shelby GT350 R wheel studs with an additional 6mm starting bullet on the end.

For Additional Information on Our Racing Wheel Studs please see the Product Page.

After supplying thousands of wheel studs and building countless wheel hub assemblies we have seen the advantages and short comings of the products in the marketplace. Over the past two years we have studied the needs and challenges our Customers have faced with wheel fitments and especially wheel stud failures.

We have set out to design a wheel stud that fits properly, is easy to install, and build tough enough to withstand the loads placed on them from today's vehicles.

The first issue we desired to solve was an obvious one, no stud was manufactured in the proper length for use with the GT350 R Carbon Fiber wheel. The front wheel contains a thick wheel mounting flange which requires a specific stud length. We designed our stud to be an exact replacement for the lower strength OEM GT350 R Front wheel studs.

The second issue was fitment in the wheel hub. The 14mm race quality wheel studs available use an aggressive knurl diameter which can be challenging to install into the wheel hub. We have found that the knurl removes excessive hub materia during installation and can cause hub flange distortion and create excessive stress in the hub flange. We designed our wheel stud with an OEM style knurl in the standard .625" diameter. We designated the lower section of the stud shank to contain the knurled surface. This allows the stud to self center in the hub and rather than disturbing excessive material from the hub which leads to distortion, the stud is located securely with our larger than stock knurl with no hub flange distortion. Additionally we designed a clipped head that serves two purposes, it clears the radius of the S550/GT350 hub bearing but also allows the studs to be installed into the Front GT350 hubs without any additional grinding or clearancing during installation.

The final issue we sought to improve upon was in typical end user use and abuse. The finish used by other manufacturers has been claimed to provide lubricating properties. In our experience it is simply a low cost method that makes the stud attractive prior to the first use. We selected a coating that does not introduce changes to the metallurgy but provides a very low friction coating that allows the achievement of proper clamp load at lower torque values. We recommend 100-120 ft/lbs vs. the 150 ft/lbs used on the OEM studs. This is due to the coating used on the studs.