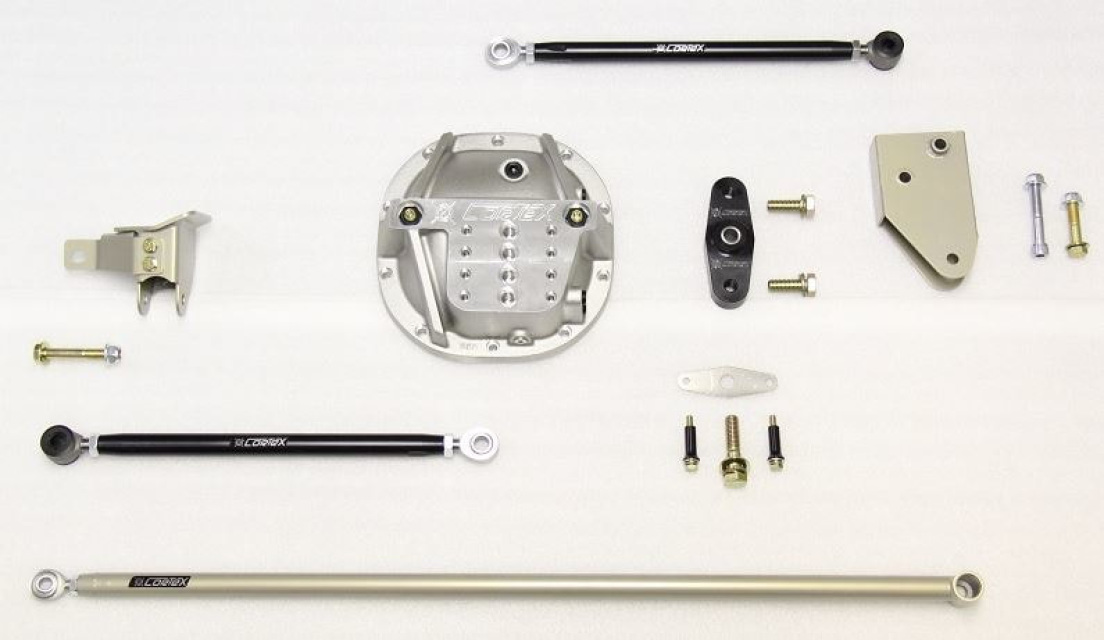 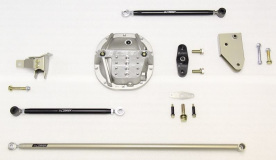 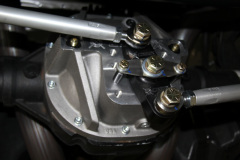 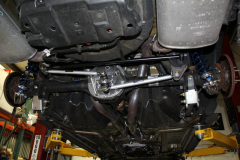 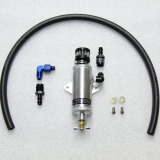 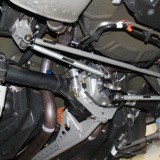 Adding a CorteX watts link to your Mustang will likely be a revolutionary changing in your driving experience. That nervousness you feel at the rear of your car near its cornering limits will now be gone and you can focus on taking the next steps to turning your mustang into a supercar killer.

A watts linkage locates the rear axle laterally, meaning it prevents relative sideways motion between the axle and body of the car. It is an improvement over a panhard bar because the watts link more closely approximates vertical straight-line motion of the axle assembly allowing the vehicle to behave symmetrically in left and right hand corners. A watts linkage is a mechanism consisting of two near horizontal links and a center pivot. The center pivot allows the mechanism to work because it compensates for the curved rotation of the horizontal links as they move through their arcs.

The watts link replaces the panhard bar in a few simple bolt-on steps. What makes the CorteX Xtreme-Grip watts link so effective is the four possible pivot location points of the center pivot. The pivot point of a watts link is the rotation center of the rear of the vehicle. Moving it up or down relative to the center of gravity of the vehicle allows the roll stiffness of the suspension to be change. This enables balancing the front-to-rear grip of the vehicle so that the desired handling can be achieved.

2013-2014 GT500 Owners please see the optional plumbing kit that includes the fitting and hose needed to reconnect your OEM differential cooler to our watts differential cover. We have added a threaded port for the temperature sensor for an OEM installations.

Two models of the watts link are available for the 2005+ Mustangs: Street or Track

The track system has spherical bearing at all pivot points to minimize friction and deflection.

The watts link is ideally pair with our coil over systems and with the optional adjustable front anti roll bar, ARB-40-1003.

Spherical joints throughout for superior control

Incorporates watts pivot mount as well as provision for a differential cooler and temperature sensor.

Makes balancing the car easier than ever

For street cars that are concerned with NVH please consider the Street Version which uses poly bushings on the chassis ends of the links.